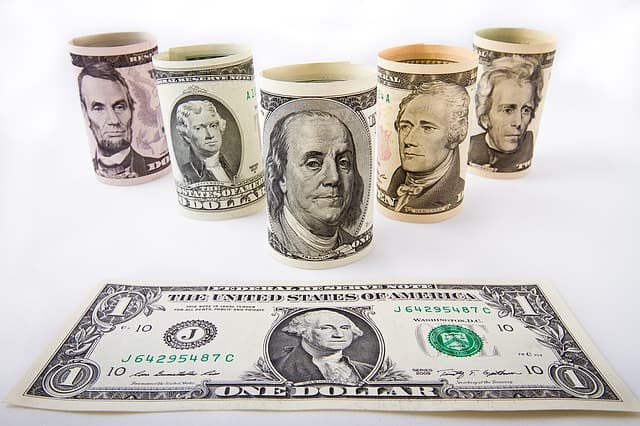 Publicly traded banks recently hit record stock prices. The sudden increase in value was dubbed the “Trump Trade” because investors believe his policies will be positive for a growing economy and banks would—and should—be at the center supporting such an economy.

Since the election in November, bank stocks have risen around 24% and continue to remain positive as larger banks remain hopeful of soon to come tax reform and new regulatory relief.

What is seldom covered in the news is the negative impact that Dodd-Frank, aka “Too Big to Fail”, legislation is having on the community banking sector all across America. While activists touted this legislation as a safeguard for consumers, little thought was given to the effect on smaller organizations.

When the law was enacted, there were no provisions that discriminated by the size of a bank. The legislation, which included over 2,000 pages of reforms and regulations that all banks were required to implement, put a huge strain on the community banks to meet these blanket compliance standards.

The regulations were applied evenly to all banks, causing smaller community banks to have a higher regulatory burden than their multibillion-dollar competitors. The cost of compliance for community banks has led to a growing trend of mergers to bulk up and become larger regional banks.

What is Happening to Small Banks?

Midsize and larger banks are experiencing increased positive growth in accumulating assets and increased loan production to companies that meet all of the risk criteria outlined by Dodd-Frank. At the same time, community banks are struggling to meet the cost of compliance with the new regulatory scheme.

In order to cover the cost of compliance, small community banks are merging and are becoming regionally positioned banks to reduce the cost of compliance and overhead. Although this may be good for the banks as they are better able to handle the costs associated with compliance, it is a negative trend for small businesses as it limits their access to banking services and credit.

In most cases, the headquarters of the smaller bank is absorbed by the acquiring entity and the bank loses its proximity to the local business community.

Dodd-Frank made it almost impossible for smaller companies to borrow from the bigger money center and regional banks because of the risk rating system required by the legislation. The last bastion of hope for small businesses was the community bank.

Community banks are generally formed by successful members of a local community who pool their capital together to support and invest in their local community. When these institutions are forced to grow by regulatory forces, they often change their mission as they have a number of competing constituencies throughout their new region. While the merged bank may remain in the community, their mission frequently changes and the loans they make—or are willing and able to make—changes.  All of these changes are negative for the growing small businesses that have historically relied on the community banker for their financing needs like working capital, equipment leases, real estate loans etc.

Dodd-Frank policies have led to numerous mergers, allowing midsize banks to take over the operations of community banks. Larger bank take-overs means a change in business practices for the community banks involved in said mergers. In many instances, there are complete staff turnovers, and larger banks simply do not personally know the local markets and the small businesses previously involved with the community banks.

Currently, President Trump has ordered a review of the Dodd-Frank regulations by Treasury Secretary Steven Mnuchin. Hopes are high in favor of a reform involving less complex regulations, but it is unclear what will actually come of these talks and how any alterations will affect the community banks and, in turn, small businesses.

Community banks have modernized their lending operations—as all financial institutions have—though they rely on the five C’s of credit: Character, Collateral, Capacity, Capital, and Conditions. With the new mergers, the larger banks heavily utilize algorithms that take these variables into account, as well as others, but it is not the same as a loan officer who lives in the community he lends to and who may be aware of a small business, its impact on the community, and the character of the owners.

Displacing small businesses from the bank puts these businesses in difficult situations. Many rely on the attentiveness and support of the community banks they use to maintain their liquidity and competitive advantage in the market in which they compete. However, with the decreasing number of community banks and the lack of access from midsize banks, these small businesses have very few places to turn for help.

This is Where Capstone Comes In

Capstone has seen a significant increase in clients who are seeking factoring and purchase order financing as a result of the community bank merger phenomenon. “The Castaway loans, those where the bank advises its client that it has three to six months to find a new lender, are increasingly crossing our desk”, said Joseph F. Ingrassia, Managing Member of Capstone Capital Group, LLC.

Castaway loans are typically larger than your average factoring transaction and require cooperation from the bank casting off the loan and the client. In many instances, the bank has to convert a portion of the revolving inventory and accounts receivable loan into a term loan to facilitate the client’s exit while Capstone pays off the preponderance of the revolving credit facility with a new factoring facility.

To accommodate these loans, Capstone has skilled staff that negotiates with banks to ensure they cooperate with our new clients and receive the substantial pay-down the bank is seeking. Term loans are rated differently than revolving credit facilities and are in terms of risk ratings under Dodd-Frank. Our staff understands Dodd-Frank regulations and what a cast-off bank can and cannot do. Successful negotiations result in a settlement that ensures the bank gets paid in full, the client’s business is not impaired, operations are not interrupted, and the new facility we put in place is sufficient to support the growth of the company for the next 12 to 24 months.

Thankfully, other options like factoring and purchase order financing help fill the gap and ease the burden of transferring debt to another lender by providing small business owners with vital cash flow quickly.

If you’re ready to learn more about the options available to you, call us today at 212-755-3636 or contact us online www.capstonetrade.com.

Why mergers are big now