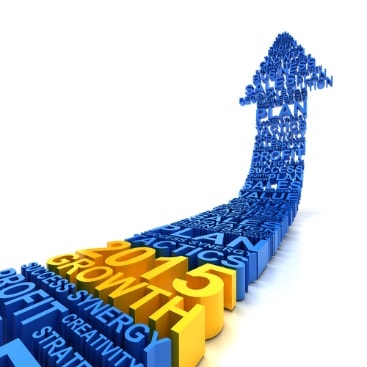 Position Your Company for Growth 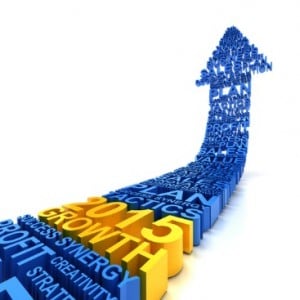 Since June of 2014, oil prices have declined by over 40% causing the US dollar to surge in value against most other currencies throughout the world. This may have had a negative impact on the oil patch and US exporters, but it is creating greater disposable income for the middle class. According to the New York Times, “Lower energy prices especially with the cold winter we have all been experiencing have been a benefit to all.” The increased value of the US Dollar also increased consumer purchasing power. If the Fed follows through on increasing interest rates mid-year as is anticipated, we will see oil prices drop and watch the dollar strengthen. Initially, there was a concern over deflation, but growth is mitigating that potential problem.

“The forces that were fueling the creation of wealth and leaving the middle class behind were high oil prices, easy money and a weak dollar. Two of the three forces have been quelled that being, high oil process and the weak dollar,” according to the New York Times.

As a result, capital inflows into the U.S. will occur. The economies of the G-20 are all in negative growth or slow growth phases due to high social welfare policies and high taxes. The capital inflows will help create demand in our economy and cause growth as businesses take this capital in and use it to expand.

These trends work in favor of job creation, higher wages and business growth. As was mentioned in our last blog, the low business formation rate over the last six years has reduced competition and given many small businesses the ability to move from start-up to entrenched businesses. These businesses are poised for economic growth and wealth creation. Add to this the upcoming presidential election that will be in full swing by the middle of this year and optimism should prevail through most of the economy.

If it looks like the next president will be friendlier towards business, you will be in for a great period of growth even if policies do not change. The fact that we will have a new leader who at least supports business growth will have a tremendous impact on growth and overall sentiment regardless of which party controls the White House or Congress.

It is imperative that you continue to invest in your business and increase your infrastructure to handle increased demand for your goods and services. Position your company to ride the growth wave as other have in the mid-1980s, late 1990s and early 2000. For years, we have helped organizations get the immediate cash they needed without the typical red tape that most banks require. For more information about our Commercial financing, Single Invoice Factoring, give us a call today at (347) 821-3400 and speak to a representative.