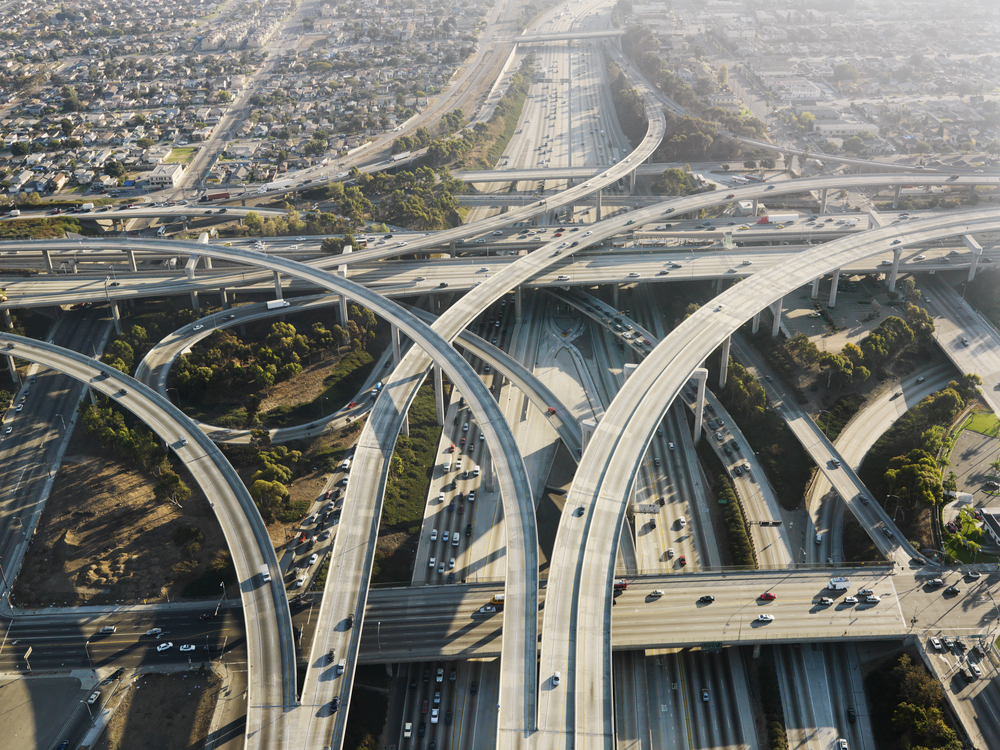 The Infrastructure Investment and Jobs Act (IIJA) was signed by President Biden on November 15, 2021. It was intended to provide funding for projects to repair, improve and create new infrastructure across a broad swathe of the economy. The IIJA includes spending for traditional infrastructure projects (roads and bridges) and new categories in technology and environmental infrastructure.

The approximate $1.2 trillion legislation is intended to address the woeful condition of existing infrastructure and provide funding for new infrastructure. It appropriates $550 billion for new spending over five years to modernize roads, bridges, ports, airports, and mass transit; increase high-speed internet access; modernize the electric grid, and expand renewable energy installations and the nation’s network of electric-vehicle charging stations among other objectives.

Despite the importance of this legislation and its favorable reception, the distribution of funds for IIJA projects has been inexplicably slow.

Delays in funding IIJA projects have hurt many contractors. Projects scheduled to start in 2022 have been delayed, and plans for projects to start in 2023 have been put on hold. Contractors that staffed up in anticipation of the additional work and ordered materials, supplies, and equipment so they could hit the ground running when funding was received have been left holding the bag. They now have to manage their businesses to cope with delays impacting on their businesses and working capital.

What Caused the Delays in Funding?

Funding delays have been caused by: the complex and archaic methodology used to distribute funding from the Federal Government to infrastructure projects, funding legislation issues at the Federal level, and a lack of coordination and direction at the state and local levels.

The Congressional Research Service’s report dated April 26, 2022, provides an informative overview of funding methodology in Figure 1. Examples of Federal Spending Streams. Funding may go through four or more levels of distribution before a contract is finally awarded.

The Federal Government usually funds major surface infrastructure legislation through the Transportation Department, which issues grants to states. In many states, transportation officials or state legislatures issue a list of their top projects to be funded and then work their way down as funds become available. They don’t typically disclose in detail the criteria used to rank projects. This “opaque” process requires local officials, community groups, and businesses to closely follow the ranking to see which projects have been approved.

Congress has often had delays in passing appropriation bills, as it did earlier this year. When delays occur, Congress uses a Continuing Resolution (CR) that temporarily maintains funding based on the previous year’s funding while it works to authorize new spending. Operating under a CR, which generally does not authorize new spending, hindered the ability of the Department of Transportation to release IIJA funds for highways and other infrastructure projects. The IIJA was not fully funded until President Biden signed the Consolidated Appropriations Act, 2022 on March 15, 2022, four months after the IIJA was signed into law.

Further delays occur at the state and local levels because there is often a lack of clearly defined criteria and methodology to allocate funds to projects. The consulting firm McKinsey pointed out several other reasons why delays will occur:

In January 2022, Mitch Landrieu, President Biden’s infrastructure czar, sent letters to all 50 governors asking them to name dedicated task forces that would include a chief point person. As of April, only Delaware, Arkansas, and New Mexico have done anything of this sort.

What Actions Can Contractors Take?

Contractors can do a number of things to help accelerate the distribution of IIJA funds, track distribution of funds, and protect their businesses against the impact of further delays.

Contact state legislators and governor to express concerns regarding delays in IIJA and the negative impact they are having on your community, jobs and business. Request that they take action to name a dedicated task force that would include a chief point person to expedite distribution of funds from the Federal Government. The contact information for legislators including links to message or email them is available on the following websites for New York Senators & Committees | NY State Senate (nysenate.gov) and New Jersey New Jersey Legislative Roster of Members | NJ Legislature (state.nj.us).

Contractors outside of New York and New Jersey can find the contact information for their state senators using the following U.S. Senate: Contacting U.S. Senators.

Construction and infrastructure initiatives demand time and money.  Capstone understands the financial components associated with project financing and is focused on providing capital to support our clients’ goals. Invoice factoring through Capstone is an excellent cash flow management strategy for contractors looking to combat the negative effects of project delays.

Contractors can obtain the additional working capital needed to finance projects as well as the cash flow for operations. Factoring can be provided for a single invoice/ payment application, or as a program for all of your accounts receivable.  Approval for funding is based on the financial strength of your client, instead of your credit profile.  Invoice factoring can also be a more convenient alternative to other types of third-party funding sources and traditional loans for contractors requiring faster approvals and access to funds.

If you are a contractor experiencing project start delays with an infrastructure project and potentially need additional working capital, you should apply now with Capstone.  Contractors will avail themselves to more funding options when they are not operating in crisis mode and when the financial health of their business is at its strongest.