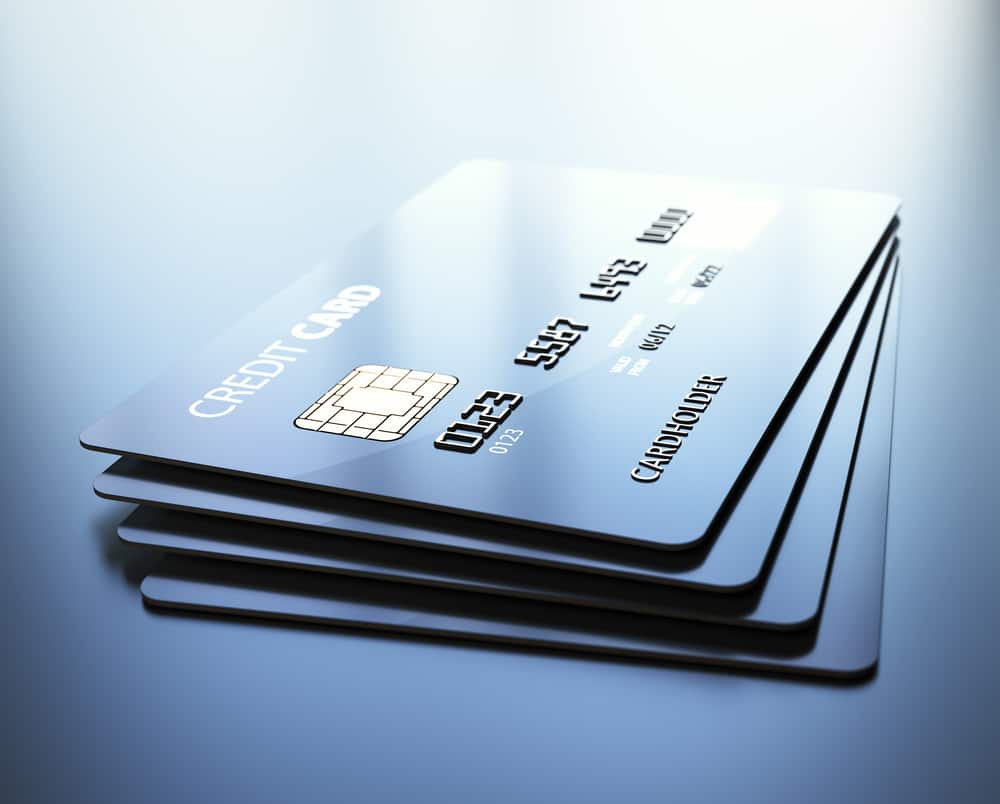 The Pros and Cons of Funding Your Startup through Credit Cards

In some cases, for $5000 to $10,000 you could launch a startup and it can be a tempting motivation for using credit cards. Several successful startups have gotten their start this way, including the Tropolis group. In the recent economic climate, many starting entrepreneurs find themselves without the collateral to start a business, and credit cards seem to be the only option. However, building a business that relies on funding from clients can be risky when using credit cards, because a late payment from a client can lead to a late credit card payment. Interest payments could accrue.

Funding your startup through credit cards also requires a high level of organization if you want to keep your debt low. To ensure you do not get in over your head with debt, you’ll have to pay the credit card bills in full every month to avoid accruing interest payments. It may seem like common sense, but organization skills are key to remaining out of debt – it’s easier said than done.

Even if you’re starting your business by relying on credit cards, your long-term strategy needs to change. You should plan to rely on revenue from customers. Using credit cards to fund long-term infrastructure, or even salaries for employees is a good way to end up in debt. Pay off your debt. Potential investors are not keen on seeing it.

Ultimately, the choice is up to you. Just know that there are better options out there, like purchase order financing and trade financing, both of which are available at Capstone.

For more information on lending options that are tailored to your business needs visit our homepage. Check back in on our blog from time to time for more industry news and analysis. 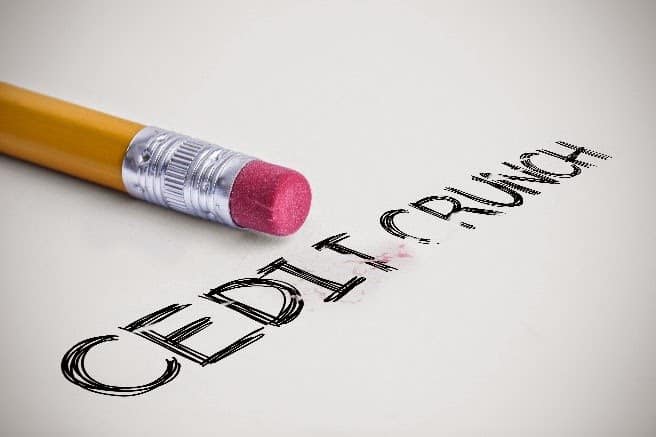 Congress made a decision to temporarily extend the Export-Import Bank. However, the decision is affecting business owners who depend on the credit agency. The agency decreases their risks when they export items.
The charter was extended by Congress until the middle of 2015. The extended time frame was a compromise between people who trusted the agency and individuals who wanted to get rid of it. Typically, the export-agency is reauthorized by lawmakers every few years.
Jennifer Dettman of Shark’s Veterinary Equipment stated that she depended on the bank because it provides open credit for two months. Dettman’s company only has seven employees where everyone builds surgery tables for various animals. Once built, the tables are sold to zoos, universities, and clinics in different countries. The company started using the bank’s insurance program back in 2011.
When a client orders a table from the company, the employees manufacture it for nearly two months. The table is insured by the Export-Import Bank for a fee of 0.5 percent of the overall shipping cost. Usually, the company makes each customer pay for this fee. When a client defaults, the company can process a claim after 90 days at the bank. 95 percent of the company’s losses will be covered with the bank.
According to Ms. Dettman, the bank provides very good coverage. Dettman also stated that the bank reduces her risks. Dettman knows that there are similar insurance coverage plans in the marketplace, but she does not know the price plans.
Trading partners in the United States seek help to support their exporters. According to supporters, the agency lowers the federal government’s deficit. Earlier this month, the agency reported that 675 million dollars were sent to the Treasury Department this year. Congress passed an extension that lasted until June 30.
Supporters now want a reauthorization that has a longer term. Last week, a bipartisan legislation was unveiled in the House Financial Services Committee by two key members. The bank’s charter will be extended for five years if the legislation passes. The new measure will require the bank to allocate half of their net earnings every year. A portion of the monies will be used to cover potential losses.
As the banking industry continues to get hammered by governmental regulation, gaining access to small business and working capital loans will become more and more difficult to obtain.  Capstone Capital Group, LLC appreciates these concerns and has the solution-Single Invoice Factoring.   Single Invoice Factoring functions as a safer alternative to traditional and unpredictable bank financing.  Our requirements are straightforward and easy to understand.  We are not subject to strict regulatory oversight and control. Capstone Capital Group, LLC is here to help small to mid-sized firms who are in need of immediate cash.  Our Factoring programs provide flexible, no contract invoice selling in exchange for working capital.  Give us a call today to find out how we can help you.
Read More 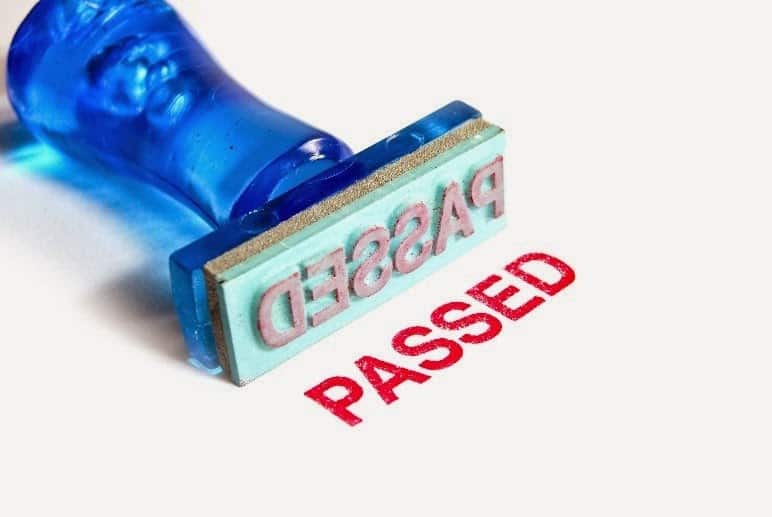 The nation’s largest banks continue to prepare for exams to be conducted by the Federal Reserve next year. These exams are to determine whether they have the financial strength to handle a severe downturn akin to the 2008 financial crisis.

Under the 2010 Dodd-Frank financial law, the nation’s too-big-to-fail banks are required to run themselves through stress tests designed to ensure that they can weather another financial crisis. They do this by determining if they have sufficient liquid capital to handle some hypothetical worst-case scenarios. The “stress tests” are the Fed’s way of mitigating against another dismal performance by the banking sector in response to a financial calamity.

Citibank, Goldman Sachs Group Inc., J.P. Morgan Chase & Co. and others have been war gaming in preparation for the official Federal Reserve stress-tests. This round of tests is particularly important for Citigroup, which has had two requests for approval to return capital to shareholders rejected by the Fed. While Citigroup met the Fed’s capital requirements this year, the central bank expressed concern about the company’s competence in measuring the risks facing its global operations.

The Fed uses the so-called Tier 1 common capital ratio as its measure of a bank’s ability to buffer itself against another severe economic downturn. Federal regulations require that banks maintain a minimum of 5% common capital. Citibank chose a hypothetical sharp decline in emerging-market currencies as its doomsday scenario. Defaults by its sister banks in the Far East, and weaker housing markets throughout the region, it assumed, would subsequently occur. It predicted that its ratio would fall to 8.4% under that scenario. The bank’s projected ratio was 9.1% under the stress-test it conducted last year.

J.P. Morgan Chase and Morgan Stanley passed their own midterms with solid results. J. P. Morgan Chase predicted its capital levels under a hypothetical economic downturn would be 8.4%, down from 8.5% a year ago. Morgan Stanley projected its ratio would fall to 8.9%, down from a 9.5%. Bank of America Corp. said it would have the same capital level – 8.4%- that it had last year under a stressed scenario, but said it took on tougher hypotheticals on some fronts.

Goldman Sachs and Wells Fargo & Co predicted they would be in a better position to navigate strong financial headwinds than they were. Goldman pegged its estimated ratio at 10.1%, up from 8.9%, and Wells Fargo predicted its ratio would be up from 9.6%to 9.9%. The Federal Reserve’s annual stress-testing process typically concludes sometime in spring.

As big banks continue to shed riskier investments in order to pass the government’s stress test, small business will most likely suffer.  This is because small business loans may be subject to increased risk ratings making borrowing more difficult. Capstone Capital Group, LLC understands the concerns of commercial borrowers who are considering bank financing.  Accordingly, we offer various business finance options, including “Single Invoice Factoring” which functions as a safer alternative to traditional, and often times unpredictable, bank financing.  Our underwriting guidelines are simple, straightforward and not subject to stringent regulatory oversight and control. Capstone Capital Group, LLC specializes in Single Invoice Factoring (“Spot Factoring”) for firms in need of immediate cash. Spot Factoring provides flexible, no contract invoice selling in exchange for working capital from Capstone Capital Group.  Give us a call today to find out how we can help you.
Read More

Now Trending! Outlook is Good for Start Up Businesses in the U.S.

19:16 26 June in Blog
According to a recent report detailed in a publication entitled “Global Entrepreneurship Monitor”, 2013 was an optimal year for start up businesses. The report was based on a survey of adult American entrepreneurs between April and June of last year.  The report reflected a steady increase of new business creation since the recession leading up to 2014.
A Washington, D.C. economist attributed increases in business creation with access and availability of startup capital, whether from banks, angel investors or family members.  Likewise, in a downturn where credit markets are frozen and capital is more difficult to come by, this consideration is reflected in the overall number of startup ventures in any given period.
While the above reflects an optimistic outlook for budding entrepreneurs ready and able to start new business ventures, a different study, conducted by the Ewing Marion Kauffman Foundation (“Kauffman study”), painted an entirely different picture.
The Kauffman study, which based its data from the U.S. Census Bureau and the Labor Department, concluded a lesser percentage of new business startups were created in 2013; and an even lesser amount of startups were created in 2011 and 2012.  A researcher for Kauffman attributed the conclusions of the study to the lower number of “new entrepreneurs coming out of unemployment” or “necessity-driven entrepreneurs” who, out of sheer necessity, are forced to start businesses because they are unable to find full time employment.
Despite the disparity between the two reports, there does appear to be a trend towards economic recovery in the U.S. and an aim by the government, factoring companies like Capstone Capital Group, LLC, and others to help new business start, grow and thrive. Capstone prides itself as a factor whose objective is to help its clients succeed. As your factoring partner, we offer commercial financing, single invoice factoring, which can provide you with the capital you need to accelerate your cash flow and help your business continue to grow and thrive in today’s market on a more flexible basis than other factoring companies.
Optimism in a free market society seems to be the catalyst which spurs economic growth in most cases.   Let’s hope the optimism continues to grow and investment capital remains steady in years to come.
For more information on how Capstone can help, please email [email protected] or call (212) 755-3636 to speak with a representative today.
Read More